Wolves hit the target for Romain

Annual collections at Wolverhampton’s Molineux to support POWER PLEAS started back in 1995 thanks to Baroness Rachael Heyhoe Flint working with Tettenhall Rotary Club. Since Rachael’s passing the collections have been renamed “Rachael’s Day” and the most recent one ahead of the Norwich game in February of last season saw just over £2,000 being raised through the generosity of Wolves’ supporters.

With no collection taking place this season due to behind-closed-doors fixtures, Wolves have kindly stepped up to make a donation to help fund a bespoke trike for two-year-old Romain Jackson.

Romain was one of twins born ten weeks prematurely at New Cross Hospital. He suffered with hydrocephalus (excess fluid on the brain) and was moved to Birmingham Children’s Hospital to have a shunt fitted to remove the fluid.  He was there for five weeks before returning to New Cross for further treatment prior to being discharged.

Romain has also been diagnosed with cerebral palsy. His brother Roman was born healthy.

The twins also have an older brother – 11-year-old Ricky Jackson – who is with Wolves Academy. Ricky is also a member of the Wolverhampton Schools Under-11s and has scored 9 goals in 7 appearances at the time of writing. The team are in the semi-finals of the National Cup on 19th June and we wish them well.

Their Grandad, Joe Jackson, used to be at Wolves and made one first team appearance against Notts County in 1984. He then went into local non-league football as both player and manager before working at Bilston Community College and then, over 20 years ago, setting up the New Park Village Football Development initiative which helps steer youngsters away from potential problems on the streets via football and other activities.

Emma Mcintosh, Romain’s mother, says: “Romain’s physiotherapist assessed him for a trike as he can’t manage a walking frame at present, and as soon as he tried one his face lit up.

“We approached POWER PLEAS to see if they could help with funding and were delighted to hear that, with Wolves’ support, Romain has been able to receive his trike.

“He is a lively and boisterous lad of few words who attends Bushbury Triangle Nursery with his brother.

“Even though Romain will still need to be assisted by others, this trike is going to give him some much-needed mobility and we are all extremely grateful.”

Keith Berry, Chairman of POWER PLEAS, added: “As ever, all at POWER PLEAS are immensely grateful both to Tettenhall Rotary Club and Wolves for their support to replace our annual matchday collection.

“Like so many charities, our funds are at the lowest they have been for many years due to the pandemic, and this is a greatly appreciated gesture which will improve the quality of Romain’s life beyond measure.

“Hopefully he will not be the last young lad who has developed and learned to use his legs thanks to a mobility aid before eventually being able to go on and walk.” 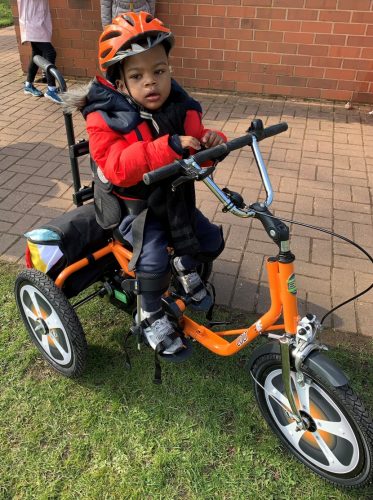 Romain with his new trike 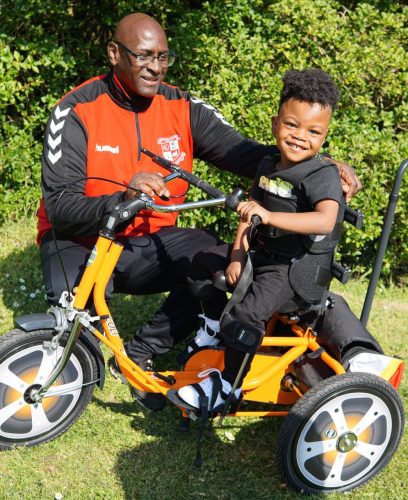 Romain shows off his new trike with his grandad 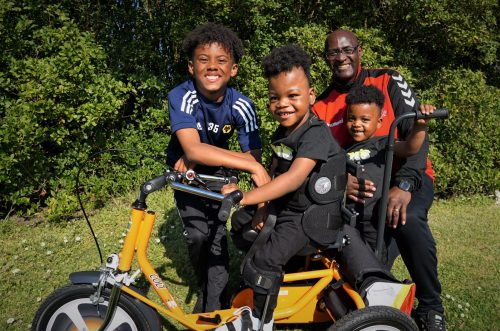 Romain with brothers Roman and Ricky and grandad Joe 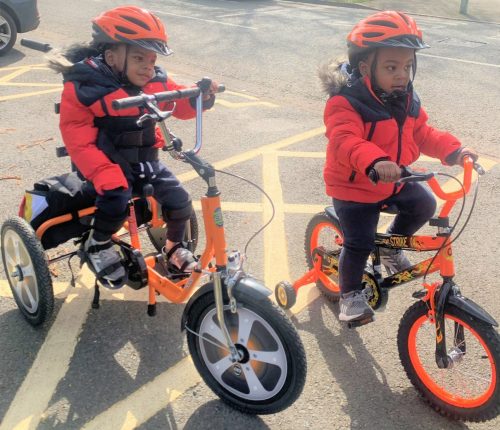 Romain and Roman out on their trikes