Season ticket holder Tina Lane went along to the Wolves Training Ground to meet some of her idols and to launch the Third Rachael’s Day collection for Wheelchairs and Trikes. Organised by Tettenhall Rotary Club and the Wolves Foundation, the collection will take place before the home match against Cardiff on Saturday 2nd March.

Tina took along 4 year old Theo Clacken and his mother Stephanie to meet the players and promote the collection. Theo received a Trike from POWER PLEAS last October, joining a group of over thirty young people who have benefited from this type of customised mobility aid. 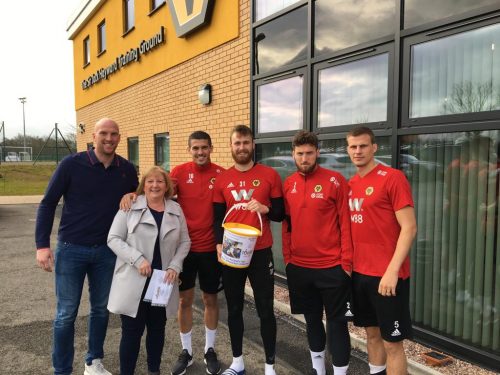 Tina with members of the Wolves FC squad, including Will Norris holding the bucket 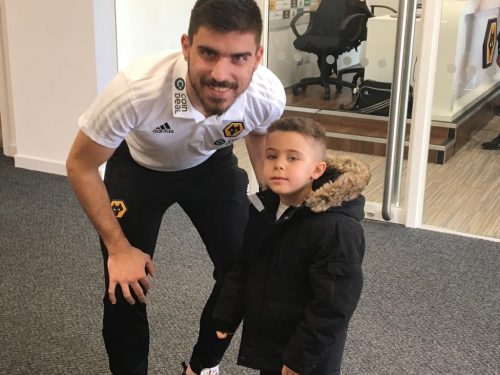 This will be our third Rachael’s Day to honour the late Baroness Rachael Heyhoe Flint who was a Patron of the Charity and initiated the Annual collection in 1995.

Making an appearance this year will be Luke Millington who received a Strikeforce wheelchair following last year’s appeal.

Our great supporters from Tettenhall Rotary Club will be out with their bibs and yellow buckets asking for donations. We are all indebted to Wolves Foundation for their continuing support for local children. Look out for the buckets! 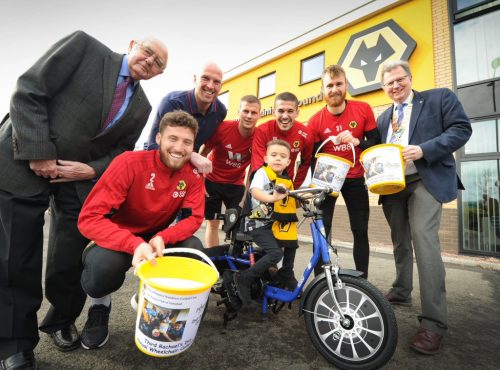 Raymond’s Barbers: a cut above for James
Oliver’s Trike Appeal – In Loving Memory of Oliver