He is at it again – raising funds for POWER PLEAS!

After his very successful 100 mile cycle ride both physically and financially in September 2017, Dave Padfield is going to venture out on what he has described as “possibly the stupidest idea that I have had yet” to support POWER PLEAS.

Dave is taking part in the Sutton Fun Run on Sunday 3rd June 2018. He is valiantly attempting to push his six year old son James around the 8.5 mile course on the Trike that James received from POWER PLEAS to assist in his development. This will be quite a challenge for both of them and certainly the longest distance that James has attempted.

James’ progress and love for his Trike has made this challenging joint venture possible and so once again Dave is asking for donations to be made through our Golden Giving web page.

In the past few years POWER PLEAS has provided over 20 Trikes for local children who have been assessed by their physiotherapist as being in need of a Trike. The benefit to the individual child is not only physical but also aids mental development as well as increasing personal independence and well-being.

James Padfield is a classic example – his face lights up every time he gets on his Trike. His mother says, “James is still loving his bike and the new found freedom of pedalling himself makes it so much better. We are all so grateful for the bike; it’s like a member of the family. We rarely go anywhere without it.” 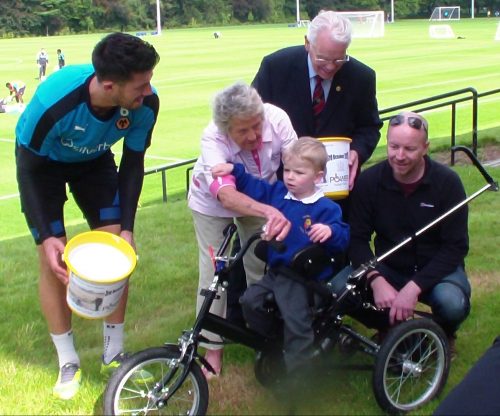 James with his Trike

The Sutton Fun Run is an eight and a half mile course and contains a couple of uphill climbs, starting and finishing in the Royal Sutton Coldfield Town Centre. It has been described as ‘challenging but great fun’. A short history of the Run can be found by following this link.

Keith Berry, Chairman of POWER PLEAS, says, “Having recently provided 4 powered football wheelchairs for our local powered wheelchair football team, POWER PLEAS now needs funds to focus on Trikes for children with severe disabilities and this effort will help towards that.” 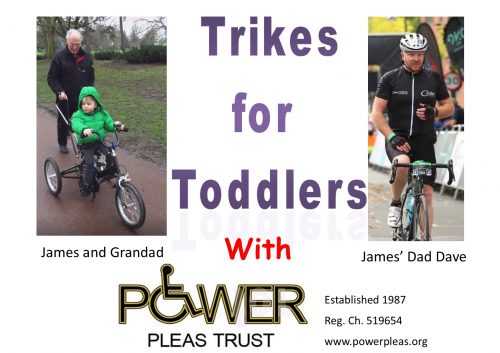