Cycling for a Trike: Isle of Man ‘End to End’

When Wolverhampton resident Joe Deans heard from his colleague Sarah Padfield how the acquisition of a specially designed Trike had changed the life of her disabled son James and the whole family, he decided to use his own cycling skills to help support Sarah’s Appeal to raise money for another child.

James, pictured below, is now able to travel with the rest of the family under his own power and using the Trike has increased his confidence and development in so many ways. 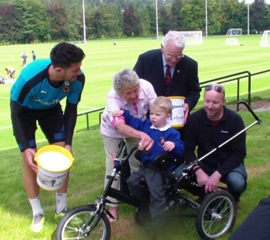 James guarding his Trike at a promotion with Baroness Rachael Heyhoe Flint who is the Patron of POWER PLEAS. James’ Dad David, Alan Russell from Tettenhall Rotary Club and Wolves Captain Danny Batth. 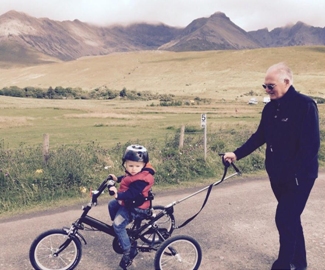 James Padfield on his POWER PLEAS Trike, taking his grandad for a walk.

Joe Deans says, “Mrs Sarah Padfield and I have been friends for a long while and I have been working for her most recently for the past three years. She mentioned that she had a disabled son and how she acquired a Power Pleas Tricycle to aid with his mobility. She said she was so impressed with the mobility she has gained for her son that she would like to raise some funds for Power Pleas, so that they could help support another family. After hearing Sarah’s idea for raising funds to purchase another Tricycle, I asked if I could contribute towards the funding by undertaking a bike ride that would be quite challenging for me. She said that would be great.”

The bike ride is the Isle of Man ‘End to End’ on Saturday, 11th September: a 40+ mile off road mountain biking challenge.

“I would regard myself as a beginner/intermediate cyclist. I have done a few cycling events, more regularly the Wolverhampton Carver 20K Cycling Event over the past five years, but nothing on this scale. I hope to raise as much as I can for this life-enhancing equipment.”

Keith Berry, Chair of POWER PLEAS says, “Since 1987 we have been supported by local initiatives to raise money for wheelchairs and other aids for local children with disabilities. We wish Joe every success with his venture and donations can be made using our Golden Giving page which makes it easier to gift aid a contribution. The link below takes you straight to the POWER PLEAS Golden Giving page.”

More information about James can be found here: http://www.powerpleas.org/2015/09/22nd-wolves-pre-match-collection-for-power-pleas 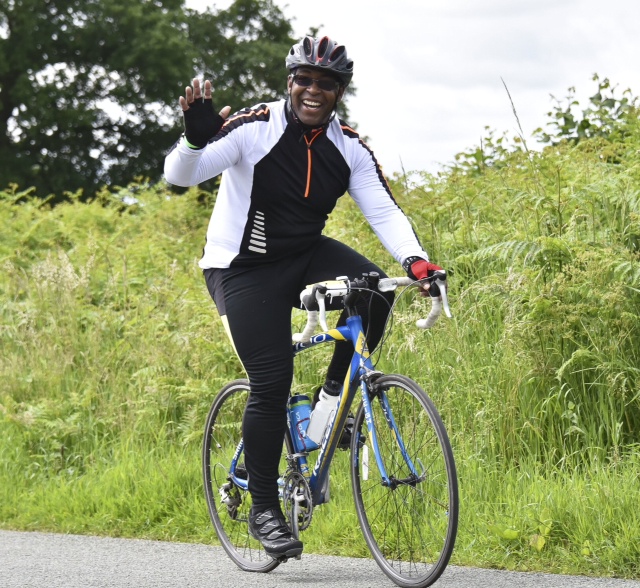